The drinking straw was patented this day 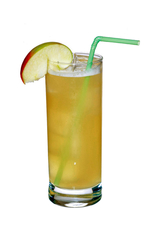 Where would the frozen cocktail or those thick shakes be without the straw? This day in 1888, the drinking straw was patented by Marvin Stone.

To start off, it was just hand-rolled paper covered in paraffin. In 1906, the process became mechanised, and another 49 years on the 'bendy straw' was invented with some clever concertina technology.

The oldest drinking straw in existence is a beautiful and precious thing. It was found in a Sumerian tomb dated 3,000 BC and is a gold tube inlaid with lapis lazuli. One theory is that the Sumerians used straws to avoid the solid by-products of fermentation at the bottom of their beer.

Mankind's love affair with drinking from straws, particularly plastic straws, started to waver in August 2015 when marine biologist Christine Figgener filmed a plastic straw being removed from an endangered sea turtle's nose. That video started a movement against plastic straws, picked up by other documentaries such as the . As the effects on the environment were highlighted so bar and restaurant chains around the world banned the use of plastic straws in their establishments.

Thankfully for those cobblers and thick shakes there are alternatives to plastic straws, so while we've hopefully seen the last of these, this bartending staple has a future, although the straw's heyday looks like a thing of the past. So appropriately, today's cocktail, the Last Straw, was created back in 2006.

It's also the birthday of talking movies

On this day in 1913, the hyper-prolific inventor Thomas Edison demonstrated the ultimate adaptation of a device he'd been working on for some time, the kinetophone.

Several steps on from his kinetoscope, or moving picture device, the kinetophone enabled moving images and sounds to be combined in a public setting, producing what later generations would come to know as talkies.

What went wrong?! Well, firstly there was the problem of keeping the picture in sync with the sound in public cinemas, as the phonograph ran separately from the picture tape. Secondly, the phonograph used made the sound scratchy, quiet and distorted. And, finally, a fire in December 1914 destroyed all the Edison company's masters - whereupon they abandoned the system, and cinema pianists breathed a sigh of relief until sound film was resurrected in the 1930s.

We're drinking to Edison and his clever inventions with an Edisons Medicine and the heroes and heroines of those early talking films with The Star, a spiritious cocktail from Harry Craddock's 1930 The Savoy Cocktail Book.

It's also the Protestant Church's birthday

On this day in 1521, Pope Leo X ex-communicated Martin Luther, casting him out of the Catholic Church and inadvertently starting several new churches as he did so. Protestants, Anglicans, Lutherans, Episcopalians, Puritans and more all have Pope Leo to thank for their existence.

Luther's crime? He had written to his local archbishop complaining about the sale of indulgences, a practice which enabled the wealthy to buy their way into heaven by paying off their sins. Perhaps not surprisingly, given the track record for sex, decadence and consumption of Popes such as Alexander VI, father of the famous poisoner Lucrezia Borgia, Luther also decided the Church was corrupt.

After his excommunication, Martin became an outlaw, meaning that any man was allowed to kill him without penalty. Despite that, he survived to marry a former nun, have six children, and raise his church.

We are drinking to Martin Luther, all the religions that he inadvertently helped create, and particularly to humanism with a Cardinale.

It's also the Footsie 100's birthday

On this day in 1984, the FTSE 100 share index, a compilation of the 100 top companies listed on the London Stock Exchange, started trading, with a value of 1000, and the aim of establishing the overall performance of stocks and shares in London. Today, it's worth seven times that amount, and barely a quarter of the companies originally listed still make the cut.

Before the FTSE 100, investors relied on an index called the FT 30, which many consider still a better index of how British businesses are actually doing. Why Because like financial institutions the world over, the FTSE 100 is globalised. What it measures is lightning-fast trades between computer systems, of shares in businesses often with only the most token foothold in the UK, rather than things being bought, sold, or (heaven forfend) made.

We don't tend to dally in stocks and shares. But we aren't averse to a Silk Stocking, a classic drink made to a formula borrowed from Ryan Chetiyawardana - enjoy! 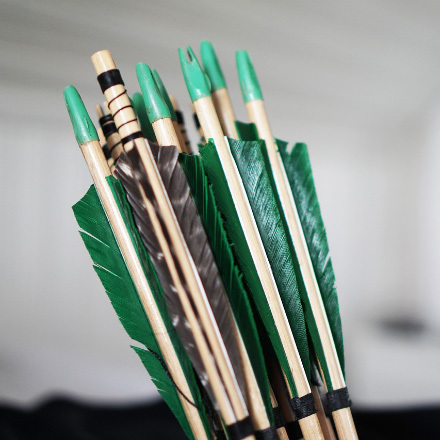 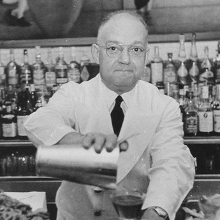 It's the anniversary of Fernand Petiot's death

Fernand Periot was a legendry bartender credited with inventing the Bloody Mary. As if that wasn’t great enough, he served drinks to every US President

It's Christmas Day in Russia

Happy Christmas to all our Russian readers, who celebrate all things Christmassy a couple of weeks after we do here in Blighty, though normally with a 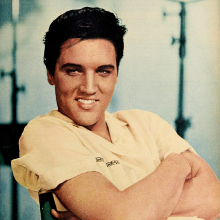 The man who was to become “The King of Rock ’n’ Roll” was born on this day in 1935 in a two-room house in Tupelo, Mississippi. His twin brother,